What you should know about the United Nations conventions 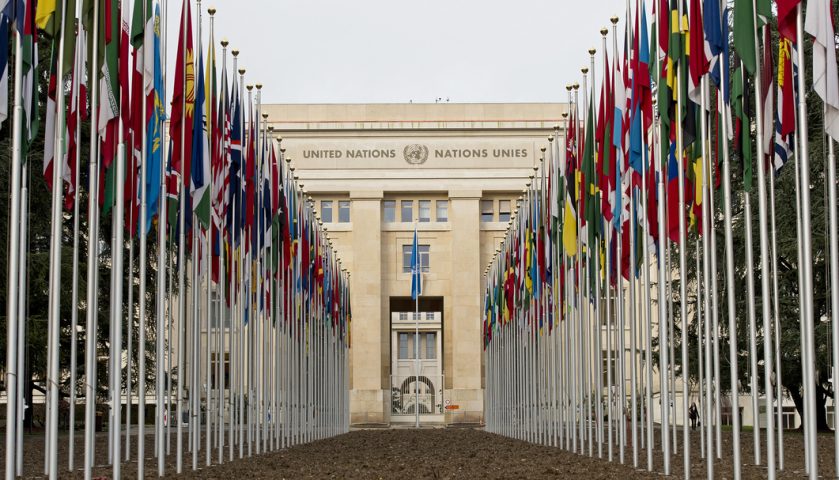 What you should know about the United Nations conventions & bodies

Climate change and the corresponding required action take the spotlight more often – as they should. However, this transition asks for the necessary scientific knowledge, the business sector taking a larger stake, more and different kinds of regulations, multidisciplinary advice, and common pathways with sector-specific milestones. And that shows because organizations and governmental institutions team up to form reports and conventions, overflowing the occasional reader with information. Therefore, this article will create insight and compare the focus areas of the different United Nations conventions & bodies and their reports, which advise governments and organizations. If you think you already know a few, they are probably related to the UN!

To shortly summarize upfront; The United Nations came into being to connect global nations to maintain peace and make social progress. The organization contains different main bodies whereof the energy & climate sector will see most of the Economic and Social Council. The UN organizes different thematic conferences and summits. The discussions might lead to follow-up sessions; the establishment of a new organization with a specific focus area; or the development of a convention that legally binds different countries to an agreement. The United Nations Framework Convention on Climate Change (UNFCCC), the Conference of the Parties (COP), the UN Environment Programme, the IPCC, the 2030 Agenda for Sustainable Development, and the Paris Agreement are examples. Now the different bodies, reports, conventions, and their goals will be discussed more in-depth.

The United Nations is an international organization founded in 1945 after the Second World War by 51 countries and is committed to maintaining international peace and security, developing friendly relations among nations, and promoting social progress, better living standards, and human rights. The UN is currently made up of 193 Member States and has different main bodies that each have their own departments, commissions, bodies, funds & programs. The main bodies include the General Assembly, Security Council, Economic and Social Council, Trusteeship Council, International Court of Justice & the Secretariat.  The UN General Assembly (UNGA) is the main policy-making body, comprising all Member States, which all have an equal vote. In the climate & energy sector, the most relevant meetups and conventions are established by the Economic and Social Council (ECOSOC) and initiated, supported, or controlled by the General Assembly or the Secretariat. In the following image, all bodies and organizations that belong to the Economic and Social Council are mentioned.

The UN organizes different thematic conferences and summits. The discussions might lead to follow-up sessions; the establishment of a new organization with a specific focus area; or the development of a convention that legally binds different countries to an agreement. One example of these conventions that came from the ‘Earth Summit’ in 1992 is the United Nations Framework Convention on Climate Change (UNFCCC). It’s an international treaty that acknowledges the existence of climate change due to human influences and which provides the framework for climate change negotiations. It entered into force in 1994, with 196 countries ratifying it. Probably an even more familiar name is; the Conference of the Parties (COP), which also flowed from the 1992 Earth Summit and was first held in 1995. The COP is the supreme decision-making body of the UNFCCC and is made up of representatives from all parties, meeting up annually in November.

The United Nations system covers the ECOSOC funds, programs, and specialized agencies; each of which has its own area of work, leadership, and budget. One of these specialized agencies is the UN Environment Programme, which was established in 1972 during a Conference on the Human Environment. Since then, it has been the global authority that sets the environmental agenda, promotes the implementation of the environmental dimension of sustainable development within the rest of the United Nations system, and serves as an advocate for the global environment. UNEP’s mission is to provide leadership and encourage partnership in caring for the environment. They want to do this by inspiring, informing, and enabling nations and peoples to improve their quality of life without compromising that of future generations. Through its campaigns, particularly World Environment Day, UNEP raises awareness and advocates for effective environmental action.

The IPCC (The Intergovernmental Panel on Climate Change) was again created in 1988 by the UN Environment Programme and the World Meteorological Organization (WMO) and has 195 Member countries. The IPCC prepares reports about scientific knowledge on climate change, its impact and future risks, and possible actions for reducing the rate at which climate change is currently taking place. It also produces Special Reports (specific topic-related reports) as well as Methodology Reports that provide guidelines for the preparation of greenhouse gas inventories. These reports are widely used and commonly known for their indicators and pathways to stay below the 1.5 °C, their sometimes alarming results, and their assessments of possible consequences when the temperature does rise above 1.5 °C, even up to 4.0 °C.

At the COP21 in Paris in 2015, 196 Parties adopted the Paris Agreement. This is a legally binding international treaty on climate change and aims to limit global warming to well below 2, preferably to 1.5 1.5 °C, compared to pre-industrial levels. It also contains emission standards and allows for emissions trading. In addition to the adoption of the Paris Agreement, the IPCC was invited during the COP21 to provide a Special Report on the impacts of global warming of 1.5 °C above pre-industrial levels and related global greenhouse gas emission pathways.

The specialized agencies, such as IMO (International Maritime Organization), WHO (World Health Organization), and FAO (Food and Agricultural Organization) focus on a specific sector and again have their own organizational structure with a Council, Assembly, and committees, and meetings. This allows the organizations to give specific insights through research, multi-disciplinary discussions, and advised pathways. Although these organizations can’t make country-related regulations, they can influence some decision-making and inspire laws through their international representation.

We are here to practice what is preached. To reach the goals mentioned in the conventions, great partnerships and coalitions come into being. We believe that partnering is key when it comes to accelerating innovation. Therefore, we are exploring the possibilities in our own surroundings and want to promote the great initiatives that are already out there.

Also, we see a lot of value in (aligned) conventions because they can provide common goals for industries to strive for and give direction to strategic goal setting for companies. It can be a challenge to align with other businesses, but these overarching pathways facilitate collaboration and help to understand each other’s goals by using common terms.