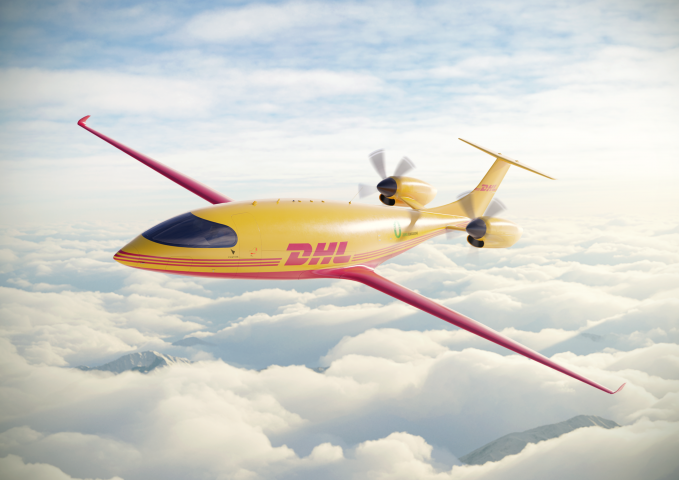 Although big-name organizations such as Boeing, JetBlue, and NASA are pouring hundreds of millions of dollars into electric aviation research and development, smaller innovators like startups could actually be the disruptive ones. They are more likely to be innovative and won’t be held back by old regulations in the industry. So, who are these disruptive startups? We picked out five electric aviation startups that will fly high in the sky sometime soon!

We take off with one of the most promising startups off our list. Beta Technologies is founded by Harvard alumni and ex-pro hockey player Kyle Clark. Under his command, Beta Technologies raised approximately $511 million funding, including a $368 million Series A, with investors like the Amazon Climate Pledge Fund.
The company differs from the other startups in this list in two aspects. Firstly, the aircraft can land and take off like a helicopter but fly like an aeroplane. Second, besides developing a disruptive electrical aircraft, Beta Technologies is also rolling out its charging network across the East Coast of the US. An inspiring example of making change instead of waiting for it to happen.

In January of this year, Delft-based startup Venturi Aviation revealed its first concept for an electric aeroplane with a capacity of 44 people. The Echelon 01, as the plane is named, is chargeable, has within 35 minutes a range of 550 kilometres and has the expectation of having a more extensive range soon. Venturi Aviation is fit for the future and expects to become market competitive with EU or cross-country flights in the coming years.

Ampaire is taking the lead on the hybrid-electric front; they publicly tested its electric EEL for the first time last June, putting the highest capacity hybrid-electric passenger plane in the air.
The EEL is a converted six-seat Cessna 337 Skymaster with two engines that work in tandem: one for conventional combustion and one electric motor powered by a battery pack. The battery ranges 200 miles, and the hybrid design cuts fuel consumption by 70 to 90 per cent. They are currently testing the EEL in Hawaii, and we’re looking forward to the results they will bring us.

ZeroAvia is here to accelerate the world’s transition to sustainable aviation by enabling zero-emission air travel at scale, starting with 500-mile short-haul trips, with half of today’s costs. Their latest zero-emission powertrain has 75% lower fuel and maintenance costs, offers 10 to 20 seats, and a range of 300 to 500 miles. ZeroAvia was funded by British Airways in 2021, making it one of the most promising startups in electric aviation.

Israel originated startup Eviation Aircraft unveiled its battery-powered, all-electric nine-seater aircraft at the 53rd International Paris Air Show. It’s the first of its kind zero-emission plane and can fly 650 miles on a single charge. The plane weighs around 14.000 pounds, and more than half of its battery can fully charge in two to three hours. The maiden flight was scheduled to be in late 2019. However, this has been pushed back several times. Though it seems to be happening as last week, the startup announced that the first flight is right around the corner!

Platform Zero’s take: The need for cleaner skies is high. We need to make sure we become more sustainable within the aviation industry, and electrifying the planes seems logical. However, one of the most significant issues with electric aviation is the range. It does not seem realistic to expect all flights worldwide to become electric. However, this is a serious solution for cross country and short distances. We need other technologies like hydrogen or Sustainable Aviation Fuels (SAF) for cross-continental flights to go to zero.