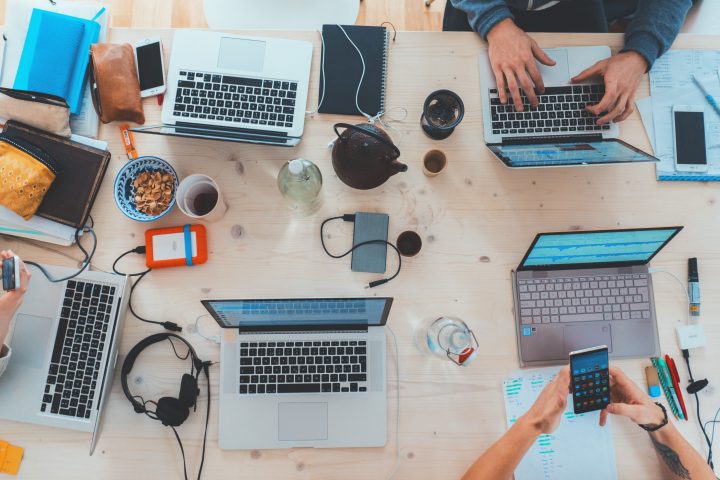 As 2021 is in the past, we took the opportunity to look back and praise the startups & scale-ups that made a move last year. In general, 2021 was a successful year for the Climate Tech sector. As stated in a recent report by the PWC, investments in climate tech were massive, and the deal size nearly quadrupled. This article highlights some of the boldest moves made by innovators in the race to zero!

This inspiring company is developing the world’s first long-range solar electric vehicle designed to be grid-independent. For them, 2021 was full of remarkable milestones:

Platform Zero’s take: A solar-based car is fantastic. But now, it is becoming commercially viable. This is not just cool anymore, it is INCREDIBLE!

This scale-up from California is one of the pioneers in electrofuels at scale. Electrofuels are ultra-low carbon fuels that use carbon dioxide waste and renewable power such as wind, solar and hydroelectric plants to create a green alternative to fossil-based fuels.
Last year Infinium has quite a financial and strategic step forward by securing $69M in funding from serious strategic partners like

Platform Zero’s take: It is great to see how the new generation of startups and scale-ups is looking for financial and maybe even more strategic investors. Precisely what we aim for with our funding cooperation with First Dutch (Peter Goedvolk).

LeydenJar Technologies is a Leiden-based nano-tech scale-up aiming to develop a 100% Silicon anode that boosts the energy density of Li-ion batteries for application in high-tech niche applications electric vehicles, consumer electronics and stationary energy storage. In other words, one of the leaders in disruptive battery technologies!In 2021, Leyden made explosive growth in its financial and human capital. The scale-up raised €22M in funding for further development of their sustainable super battery while also growing with 50% employees (Source: LinkedIn).

Platform Zero’s take: One of the Dutch flaws is not being able to celebrate and preach its successes. LeydenJar Technologies is an example of top tier battery technology in the Netherlands, and it made such a growth last year! Let’s be a little more proud of these accomplishments.

Boundary Layer Technologies (BLT), a California-based marine technology startup, develops an electric hydrofoil ferry as a zero-emission alternative to air freight. As BLT claims it: The longest-range electric ferry in the world. By a factor of two.
In October of last year, it launched the concept design of its fully electric hydrofoil ferry, ELECTRA: Twice the speed and range of existing electric ferries with up to 100 nautical miles and cruise speed 40 knots.

Platform Zero’s take: Take a look at their website, BLT breathes slickness. Something which is not that common in the maritime sector. The idea of a hydrofoil ferry is exciting, not to mention being fully electric.

Hydrogenious LOHC Technologies, the fast-growing cleantech pioneer from Bavaria, Germany, is one of the pioneers in Liquid Organic Hydrogen Carriers (LOHC). Its technology provides one of the most important missing links in the hydrogen economy; safe and efficient transport—no wonder they were able to raise €50M in funding last year.
The funding was secured by a JERA Americas and Temasek lead consortium, including new investors Chevron Technology Ventures and Pavilion Capital, and existing investors AP Ventures, Royal Vopak and Winkelmann Group.

Platform Zero’s take: Hydrogen has several challenges to overcome before it becomes widely accepted. Therefore, we need first movers in technologies like these to kickstart the energy transition. Their name says it all; Hydrogenious 😉

The Swiss scale-up Climeworks develops, builds and operates Direct Air Capture (DAC) machines to capture CO₂ directly from the air. The captured carbon dioxide can either be recycled and reused as a raw material or completely removed from the air by safely storing it underground, permanently.
For Climeworks, we believe that September 8th, 2021, was a historic day for the entire planet. On this date, the world’s most giant carbon-sucking machine, Orca, was switched on in Iceland. Orca will boost total global DAC capacity by about 50%, adding to the dozen or so smaller plants already operational in Europe, Canada, and the US (Source: World Economic Forum).

Platform Zero’s take: As stated before, we believe the launch of Orca will be one of the most historic moments in 2021. Let’s make September 8th a Bank holiday!

Hardt Hyperloop is a previous winner of Elon Musk’s hyperloop competition. This TU Delft spin-off is developing the world’s fastest, most intelligent and safest form of public transport. Currently, Hardt realises the European Hyperloop Network, a 10,000-kilometre hyperloop network crossing national borders.
Besides working on a European network, in our eyes, the two major accomplishments in 2021 were:

Platform Zero’s take: A hyperloop sounds and looks so futuristic, but Hardt makes it a reality. We can not wait to take ‘the loop’ to Paris and be there in no time while emitting ZERO carbon dioxide.

H2 Green Steel was founded in 2020 to build a large-scale fossil-free steel production in northern Sweden. Steel production accounts for 25% of Europe’s industrial CO2 emissions, which is more than the Nordics’ total CO2 emissions, or more than all flights departing from the EU. Therefore, decarbonisation is a must for the industry, and disruptive technology will be a crucial enabler (Source: H2 Green Steel).
At the end of this year, H2GS announced a partnership with Iberdrola to build a 1GW plant to produce Green Hydrogen. The new plant will produce and feed Green Hydrogen to a 2-million-ton direct reduction tower, enabling Green Steel production with a reduction of CO2 emissions by 95%. The bottom line with this deal is the realisation of a 2.3 Billion green hydrogen venture, a major accomplishment.

Platform Zero’s take: Steel production is an often overlooked problem in the climate crisis. Taking on this challenge and fighting at such a scale is promising. No doubt that Tata steel has heard of it.

Carbon Equity is a climate investing platform for alternative investments. Democratising access to climate capital is one of their slogans. Instead of targeting just the institutional investors, the platform also enables impact investing for private investors.
2021 was a successful year for the Dutch fintech with one major milestone: DECARBONIZATION FUND 1. The first fund is available for every private investor. One can invest in Decarbonisation Fund 1 from a ticket of 100K, while you would need at least €5M for most private equity or venture capital funds.

Platform Zero’s take: Carbon equity has the same business perspective to accelerate the energy transition by enlarging the potential capital for climate-related innovations. Way to go!

BlueAlp accelerates the global transition to circular plastics through its proprietary Plastic-to-Chemicals recycling technology. The BlueAlp Technology is developed to efficiently transform plastic waste, which can not technically or economically be recycled or reused, into valuable oil. This oil can be used as a fuel or feedstock for chemical processes.
The circular scale-up has experienced an exciting 12 months in which it announced a strategic partnership with Shell. The forecast is to convert more than 30 KT of plastic waste per year through this new partnership. Besides the partnership, Shell also took a 21,25% equity stake in the company to scale the technology licensing to a global level.

Platform Zero’s take: The deal with Shell is an excellent example of bridging the scaling gap by partnering up with an industry giant and seeking synergies instead of competition, open innovation at its finest.