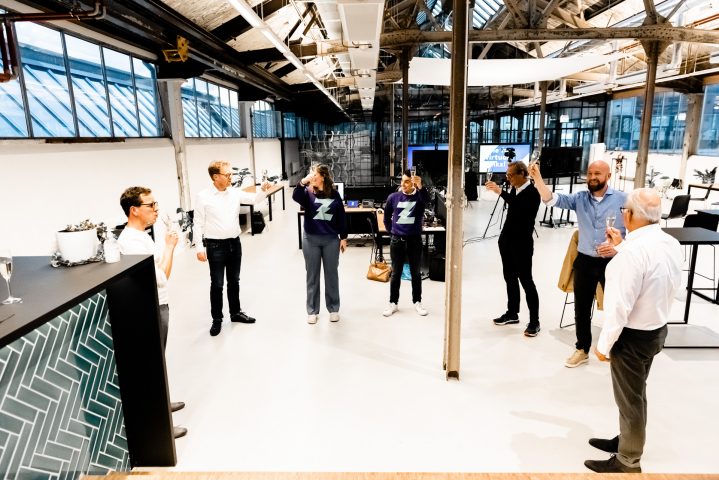 Rotterdam is one initiative aimed at scaling up climate-related start-ups richer. It specifically focuses on accelerating the growth of companies active in climate technology. In addition, with the support of Port of Rotterdam and the city of Rotterdam, it wants to develop a physical climate campus in the Merwe4Haven in Rotterdam during the coming years. The initiative is called Platform Zero, a reference to zero emissions.

During a digital launch in presence of Allard Castelein, CEO of Port of Rotterdam, and alderman Arjan van Gils, the initiative was presented to an international audience of companies with special interest in maritime, energy and new technologies.

The initiators are Mare Straetmans, formerly responsible for the foundation of Port XL, the first program to help maritime startups to develop, and Auke Ferwerda, who was involved in, among other things, Lightyear, the Dutch company that makes cars on solar energy. They want more attention to be paid to the scaling up of climate technology startups, not only in the port city, but throughout the Netherlands.

According to Straetmans, the red carpet has to go out for scale-ups that can accelerate the much needed energy transition: “Rotterdam is still insufficiently on the map among young companies with its ambitions as a climate and energy innovation capital; for example in the field of hydrogen, electrification or circularity. As a result, parties sometimes settle elsewhere, while the infrastructure, the companies present and the talent from South Holland are world-class.”

With its climate campus, Platform Zero wants to actively contribute to the aspects that are important for growth companies. This concerns, for example, an inspiring office location, attracting talented employees and the investment climate. Also of strategic importance is the connection to the port, the process industry, companies in the manufacturing industry and infrastructure. In addition, the quality of the companies already present in the area is of crucial importance: talent attracts talent. Parties such as sHYp (hydrogen), Lightyear (electrification) and Blue Alp (circular), all present during the launch, are attracting worldwide attention with their innovations. A handful of companies of this caliber could be instrumental in attracting other top initiatives, taking the whole area to the next level.

Merwe4Havens lends itself perfectly to such a campus, says Ferwerda. “It is literally the place where port and city meet, where the port is crucial for infrastructure and the business network, while the city is desperately needed for attracting talent and creating an international banner. It is important that innovative companies are physically located together; climate issues can rarely be solved by a single company. An entire ecosystem of top companies is needed that will tackle topics such as hydrogen or circular raw materials together.”

Platform Zero itself stands at the bar for a number of challenges. For example, the first ‘Container Zero’ will be unveiled during the event, a container whose emissions have been compensated for the entire lifecycle. International sea freight offers many opportunities for reducing emissions, but too little is being done. By inviting large, visible companies to offset the emissions of their containers with eye-catching containers, and involving the consumer, this can accelerate. The ambition is to have the first 100 sustainable containers on the way before the end of 2022.

An important part of this launch is the announcement of additional investments in relevant technologies in collaboration with First Dutch, the investment company of Peter Goedvolk. First Dutch has made 10 million euros available to invest in energy, climate and digitization technologies in five years.