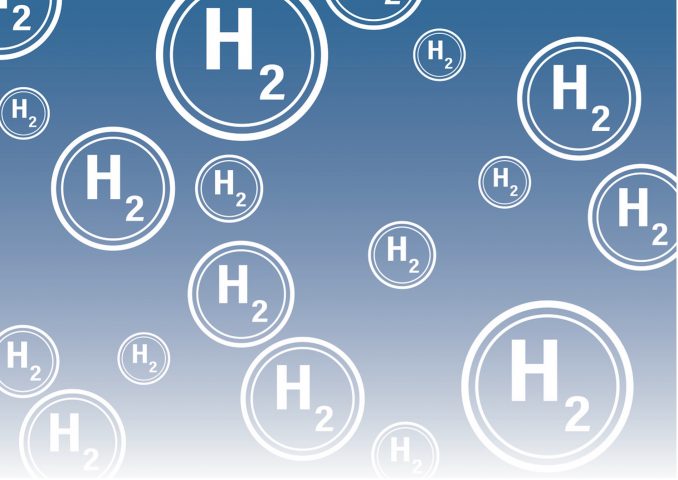 In our monthly 101 series (pronounced “one-oh-one”) we explain the fundamentals of complex topics in the energy and climate sector. The name 101 is frequently used to indicate the introductory course of a certain discipline. In this edition, we are tackling Hydrogen 101.

Hydrogen has huge worldwide momentum! This year the global capacity of green hydrogen production is expected to be 10.1 GW which is an astonishing increase of 98% (IRENA, 2022). Green hydrogen is seen as one of the missing pieces in our puzzle of sustainable alternatives to fossil fuels, but what is hydrogen exactly? How is it made, how can it be used and why is everyone so excited about these new technologies around it? In this article, we will answer all of these questions in an understandable manner. Starting with the first question, what is hydrogen?

To answer this question in one sentence: Hydrogen is earth’s lightest molecule with the highest energy density, making it highly flammable and difficult to store and transport.
Now the reason hydrogen is so special in comparison to other high energy density and flammable products like natural gas or benzine is because H2 can be a fully sustainable (and possibly circular) energy source. To clarify this, look at the figure below.

The chemical reaction of normal combustion processes involves CO2 emissions like the reaction of methane (natural gas): CH4 +O2 → CO2 + H2O. Therefore, hydrogen is a sustainable energy source that has no harmful emissions and does not use any fossil fuels like natural gas or benzine. However, to produce Hydrogen one needs to electrify water which costs energy. As long as this is through renewable energy, hydrogen is a perfectly green fuel source. Though, doing this cost-effectively is the big challenge hydrogen is facing.

Now that we know what hydrogen is, let’s take a look at the life of hydrogen from birth (production) to death (combustion).

The first process is production, which is when energy is converted into hydrogen. There are a few methods to do this and according to that method, one makes grey, blue or green hydrogen. Grey hydrogen is when natural gas is used for the production: CH4 (Natural Gas) + H2O → CO2 + H2. As you can see, CO2 is emitted in this process. Blue hydrogen is actually the same production method but, instead of emitting the CO2 into the air, the carbon dioxide is captured and stored underground in an empty gas field. This is much cleaner but still, the only truly sustainable form of hydrogen is green hydrogen. The electrification of water where oxygen and hydrogen are produced.

The second step is transport and storage. There are several methods of transporting it as a gas such as using high-pressure tanks to store it in and then ship it to another location. Another interesting method is using the existing gas pipelines, as we are (hopefully) going to stop using them anyway. In the Netherlands, GasUnie is trying to realize this for the transport of hydrogen with exits to Rotterdam, Amsterdam, Antwerp, Hamburg, and the Ruhr Area (Hydrogen backbone). Other ways of storing and transporting hydrogen are by combining it with another material. By attaching it to a so-called ‘carrier’, the form can become liquid or even solid and therefore, it can be transported more easily. One of the promising solutions is storing it in iron (Fe), as the Dutch startup RIFT does. Another innovator called Hydrogenious stores hydrogen in oil and extracts it when needed, this is one of the most serious developments in hydrogen storage innovation as large corporates like Vopak and Mitshubishi together invested a total amount of €50M last year.

The last part of the hydrogen value chain is when the energy is used again through a fuel cell (combustion). This domain of the value chain is where most developments and companies are rising from. In the fuel cells, hydrogen and oxygen are converted back to water in a chemical reaction and this generates a huge amount of energy. The two most developed and biggest enterprises in this technology are Ballard Power Systems & Plug Power. As the energy density and the costs for storing it is much higher compared to batteries in an electric car. Hydrogen is expected to be most interesting in heavy-duty mobility like long-haul trucking, international shipping and aviation instead of passenger cars. For example, in the Dutch city of Groningen, there are already 20 hydrogen-powered buses driving around from the company Qbuzz. Another example is the Hydrogen Watertaxi in Rotterdam which is being developed by Zepp.solutions as they told us in our ‘10 questions for Zepp.solutions’.

Hydrogen has a lot of potential – especially for heavy-duty mobility where electric vehicles are no option – but before hydrogen becomes the standard there are still a lot of obstacles to overcome. From a sustainability perspective, this is to increase the share of green hydrogen by decreasing the costs. As for now, the majority of the hydrogen in the world is grey hydrogen and therefore still polluting. However, the recent developments in the oil and gas price decreased this gap already. A legal framework with certificates that tracks the provenance of hydrogen, like CertifHy, would stimulate the development of green hydrogen even more. By tracking what hydrogen is green and grey, governmental institutes could support the production of green hydrogen to accelerate these technologies and help it become competitive in the long term. Another role for the government is to increase the sanctions on carbon emissions and/or stimulate the development of carbon markets. For more information on these, take a look at one of our previous articles: Carbon Markets 101.

As touched upon earlier in this article, another big challenge is storage & transport. Since it is highly flammable and low in density, solutions to transport and store it are very costly. We should invest more in these technologies to make this more cost-efficient. Furthermore, the gas is often perceived as highly dangerous because of its flammability. However, this is an incorrect image as hydrogen is less explosive compared to gasoline and because of its extremely light weight also less likely to spread a fire.

In short: Hydrogen is here to stay. However, we have many challenges to overcome like cost-efficient green hydrogen production, viable storage methods and building supporting infrastructure. These are not individual problems, but problems that require more governmental support, cooperation and co-creation than we are used to. We believe that hydrogen can be one of the main drivers towards net-zero, especially in the maritime, aviation and other heavy-duty sectors where EVs are not an option.