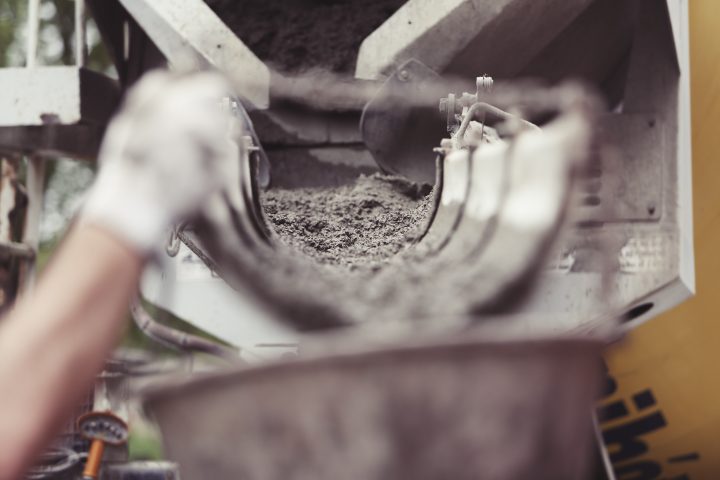 Our monthly 101 series (pronounced “one-oh-one”) is to explain the basic principles of complex topics in the energy and climate sector. The name 101 originates from the American university course numbering system where the number is frequently used for the introductory course of a certain discipline. In this edition, we are giving the course Carbon Utilization & Storage 101.

The CO2 concentration in the air is rising due to the large-scale use of fossil fuels. One way of reducing emissions of this greenhouse gas is to capture, reuse and store the CO2. The capture, reuse and storage of CO2 are better known as Carbon Capture, Utilisation and Storage (CCUS). CO2 storage and utilisation are necessary because switching to sustainable energy sources on a large scale takes time, and during that transition period, CCUS offers a solution. The previous 101 mainly addressed the ‘capturing’ side of CCUS. Therefore, this article will look into different possibilities on the other side of CCUS, the Utilisation and Storage of carbon which is the next step after capturing.

One way to do so is through geological storage – under the ground in empty gas fields for example! There are a few elements that are important to find the right storage. Ideally, the reservoirs themselves are formed from porous, weakly cemented materials that slow pressure build-up, but are isolated from the surface by an impermeable rock layer. When filling the empty gas fields again, the pressure starts to rise. This is continuously and precisely monitored to prevent earthquakes or leaks.
The first large-scale CO2 capture and injection project with dedicated CO2 storage and monitoring was commissioned at the Sleipner offshore gas field in Norway in 1996. The project has now stored more than 20 Mt of CO2 in a deep saline formation, equivalent to taking around 4.3 million passenger vehicles off the road for one year.

Porthos is a Rotterdam project that will store 2.5 Mt of CO₂ per year for fifteen years, from 2024 onwards, resulting in approximately 37 Mt of CO2. Currently one of the world’s largest carbon storage projects. The carbon is stored in porous sandstone, 3 km underneath the North Sea and 20 km from the coast of Maasvlakte.
On the left, you see an image that explains the current construction. The blue field on the bottom is the empty gas field, previously filled with natural gas. The caprock – the grey part between the blue ones – has prevented the natural gas from escaping in the past and will do the same for the carbon dioxide now.
Source image

Another example of geological storage is the project in Uthmaniyah, Saudi Arabia, which captures 800,000 tonnes of carbon per year. Even though it is roughly 32% of the volume in the Porthos project, this is still one of the largest carbon storage projects in the world.

Another way to store carbon is through newly developed forms of asphalt. By creating a porous asphalt, it could manage to store 154% of its weight in carbon. This will therefore result in negative carbon emissions – it stores more than what’s emitted during the production process. Even though paving the earth with asphalt doesn’t sound too good, in a long-term situation it could also prevent carbon in the soil – brought there through the roots of plants – being released back into the air as discussed in the carbon capture article.
Another study from 2014 proved that concrete – with cement as one of its main components – is the second most consumed product in this world after water and is therefore responsible for approximately 6 to 8% of the global emissions. The process of cement production is a bit different from asphalt. According to a study from 2011, the direct total CO2 emissions of cement production are 0.657 tons of CO2 per ton cement. This might sound like the process is not nearly carbon-neutral, let alone that it has a carbon negative effect. However, certain companies (e.g. Carbicrete & CarbonCure) developed carbon-negative concrete. They have different production processes, respectively using steel slag instead of cement and the injection of CO2 into the fresh concrete where the CO2 is permanently captured and converted into calcium carbonates, filling the voids and giving the concrete its strength. The funny thing is that this is actually the complete opposite of the chemical reaction that happens with the original production of cement, where calcium carbonate (CaCO3) is heated to create lime – which is an indirect component of cement, it results in a chemical reaction, producing CO2 as a by-product of CaO. In this new process, CaO and CO2 react and become one molecule of CaCO3. In this way, the CO2 cannot be released from the mixture, since it became part of the chemical structure.
Still, a lot of CO2 is produced in the process. It is therefore important to notice the difference between the gross and net carbon storage – with or without subtracting the produced carbon.

Even though we might feel like getting rid of carbon dioxide as soon as possible by putting it away, we can also use (call it recycle) it, without causing any harm. In this following chapter, we discuss different possibilities. Let’s check it out!

We can probably agree on the fact that not using fossil fuels at all is the best option. However, as long as hydrogen is not yet flowing through our pipelines, and not all electric options have been fully developed – even Elon Musk doesn’t fly electric – we have to choose between the current fuels. This is where sustainable aviation fuel (low carbon fuel) comes in, a synthetic fuel that doesn’t create negative emissions but could still generate climate benefits. The fuel can be made from renewable sources such as used cooking oil, municipal waste, woody biomass and not to forget: CO2. It has the potential to reduce lifecycle emissions by up to 80%, compared with conventional aviation fuel and can be blended in a ratio of up to 50% with conventional jet fuel for use in aircraft operating. The main difference is the source of carbon. Fossil fuels release additional carbon that was previously stored in reservoirs. SAF recycles CO2 emissions that were emitted previously. For example, KLM starts adding 0.5% Sustainable Aviation Fuel (SAF) for flights departing from Amsterdam. In addition, KLM will offer its customers the option of purchasing an extra amount of sustainable fuel (link). Even though these percentages aren’t ‘sky-high’, it shows that regular aviation companies are moving in the right direction. Neste is a company that focuses on making the transport sector more sustainable and produces SAF as well. Other examples of SAF producers that are making a serious impact are Synkero, Coval Energy, Kuehne Nagel and Shell.

You might think of CO₂ as a gas, but carbon dioxide exists as a liquid below the critical temperature of -31C. ​​Besides the fact that CO2 is mostly transported in a liquid form, for higher efficiency, it has some other applications as well. Despite the smaller quantity, it’s still a part of the CCUS-family ;). For example, food (preservation) and as a fire extinguisher. For food preservation, it is used as a cryogenic cooling agent and used during the transportation of ice cream. Liquid carbon is also used as a fire extinguisher, because of its anti-flammable properties. And did you know that technically speaking, you can be a (short-term) captured carbon storage? This could be when captured carbon is used for the production of soft drinks, creating the fizz. Carbonation of drinks first happened by natural fermentation, but today bottled drinks are softened and preserved using pressurized CO2.

Last but not least, enhanced oil recovery is a way to use and store carbon. It’s the process of injecting CO2 into existing oil fields. The addition of CO2 increases the overall pressure of an oil reservoir, forcing the oil towards production wells. Even though you could doubt whether EOR is here for financial and production reasons, for sustainability purposes or both, it has the positive side effect of storing CO2 along the way.

At Platform Zero, we are trying to look at wicked problems like CO₂ emissions from a systemic perspective. Reducing emissions of production processes so the carbon is not emitted in the first place is a more sustainable solution in the long term. Though to get to zero emissions as soon as possible, we need all solutions available and carbon storage is an effective method during the transition period. Especially in making carbon-intense products like asphalt and aviation fuels more sustainable.

These were just some of the interesting methods to store or use carbon out there, and every day (hopefully) new solutions are still being explored. We keep an eye out for arising technologies that can help in the process to reach net-zero emissions. Any technologies we should know of? Let us know via info@platformzero.co!