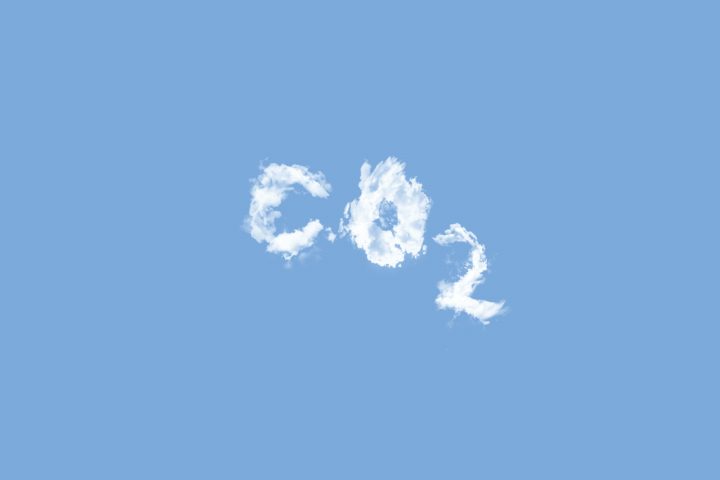 Our monthly 101 series (pronounced “one-oh-one”) is to explain the basic principles of complex topics in the energy and climate sector. The name 101 originates from the American university course numbering system where the number is frequently used for the introductory course of a certain discipline. In this edition, we are giving the course Carbon Capture 101.

Lowering emissions and stopping the concentration of greenhouse gasses in the atmosphere from increasing, is an often-discussed topic. This becomes clear when looking at the COP26 or Paris Climate Agreement, for example. One way to lower carbon is through carbon capture. We can capture carbon from the sky, the direct emissions of factories, from the oceans, actually in many more ways than we would initially think. In this article, we will discuss multiple possibilities when it comes to Carbon Capture.

The impact of carbon emissions

Before we dive into Carbon Capture, let’s first recap the impact of carbon emissions. Carbon dioxide is part of the greenhouse gasses that are the main cause of climate change. Even though gasses like methane are even worse, these are emitted in much smaller quantities. Through the increased amount of these gasses, the heat from the sun that reaches the earth, can’t leave the atmosphere anymore, causing extreme weather events like tropical storms, wildfires, severe droughts and heatwaves, negatively affecting crop production, causing disruption to animals’ natural habitats, and much more. The negative climate changes are only accelerating as it gets warmer.

You probably heard about the ice caps melting. But did you know those frozen parts release more carbon dioxide as the earth gets warmer? During the times where the soil thaws, microbes break down the organic matter that was previously frozen. You can imagine the impact this has as the Arctic summer gets longer and longer. You could argue that plant growth also increases during this period, leading to more carbon being captured from the air and more oxygen being released! However, as temperatures increase, the amount of carbon that is stored in the Arctic soil decreases. Research by NASA predicts that the latter will take the upper hand when it comes to impact. Especially once you notice the circle: rising temperatures result in melting permafrost, releasing more carbon into the air and then the temperatures start rising again. All this sounds like something we should prevent from happening, right?

The process of carbon capture has always been around through photosynthesis. In this process, plants use CO2 and water to turn this into glucose and oxygen, with the energy of the sun used to grow the plant. This process is called photosynthesis. This is called a natural climate solution and can be stimulated through forest conservation and restoration. Carbon capture through plants is divided into two separate groups: green carbon capture and blue carbon capture. ‘Green Carbon Capture’ refers to the carbon captured by plants on the land side and the carbon that’s being captured by the vegetation of the world’s oceans and coastal ecosystems – such as Mangroves, seagrass, salt marshes and seaweed – are referred to as ‘Blue Carbon Capture’. Blue carbon capture is found to have better results when it comes to capturing carbon in the first place.

Multidisciplinary research shows the impressive impact that only growing trees can have on the climate and the role of forest conservation and restoration in reaching the Paris Climate Agreement. Natural climate solutions could provide for 37% of reaching these goals, with at least a 66% chance of success to hold warming to below 2 degrees Celsius. This is not sufficient but does show the impact. They also point out that this is a very cost-effective way to constrain CO2 emissions, compared to other emerging, often technological, solutions.

However, whether biological capture can also be seen as storage is still open for debate. Parts of the short-term ‘storage’ will be brought back into the air and soil after composting, or during the night when plants need oxygen for energy and produce carbon dioxide to break down starch. Still, certain parts of these plants will eventually store carbon through the organic parts in the process of sedimentation, storing the carbon underground.

Since only natural climate solutions won’t be enough to reach the Paris Climate Agreements (and save the world in the meantime, let’s not forget that ;p), other ways of capturing and storing carbon (CCS – Carbon Capture and Storage) are introduced as well. This is often confused with Direct Air capture (DAC). See the picture below for clarification. DAC gets the CO2 directly from the air, while CCS relates to the carbon that’s being captured from an energy plant or factory and stores the carbon that is produced along the process. Two technology approaches are being used with DAC: liquid and solid DAC. Liquid systems pass air through chemical solutions (e.g. a hydroxide solution), which removes the CO2. The system reintegrates the chemicals back into the process by applying high-temperature heat while returning the rest of the air to the environment. Solid DAC technology makes use of solid sorbent filters that chemically bind with CO2. When the filters are heated and placed under a vacuum, they release the concentrated CO2,  which is then captured for storage or use. Carbon dioxide can also be captured as a polymer from natural gas, which would be an example of CCS (Hwang, et al., 2014).

Capturing carbon dioxide from the sky seems most obvious, where to find it otherwise? Well, in the world’s waters, such as oceans, rivers and lakes! This option is currently broadly investigated due to the relatively small amount of carbon dioxide that is in our air – The oceans contain about 50 times more CO2 than the atmosphere and 19 times more than the land biosphere. DAC would already be more efficient when this would be applied to flue gas. Carbon capture from water makes use of natural processes and renewable energy to remove carbon from seawater, allowing that seawater to in turn take more CO2 out of the atmosphere. One example is the SeaCURE initiative, which is a collaboration between the University of Exeter, Plymouth Marine Laboratory, Brunel University London and tpgroup. This process of removing carbon from seawater can be compared to capturing the CO2 bubbles out of a fizzy drink. More and more technologies are being developed.

Some old methods have been around for quite some time, to prevent pipelines with natural gas from containing more carbon than was allowed. An example is the amine scrubbing process developed by Bottoms to separate CO2 from methane. Even though this is still effective, it’s a very energy-intensive process.

We believe that there is not one single solution to get to ZERO, instead, it’s a mix of all technologies related to emission reductions, smart energy systems, efficiency increases, etc. Carbon Capture is an important tool from this technology mix and can be employed in various ways; Planting trees & mangroves, Direct Air Capture (DAC), carbon capture from water, amine scrubbing and much more. Even though there is already a variety of solutions for carbon capture available, the coming years will be crucial to really scale this technology to a level that significantly contributes to global emission reduction. So let’s continue to develop and scale this technology and get closer to zero emissions.

Still, we want to make a short but important side note: We cannot solve all problems through technical solutions alone. Behavioural change is perhaps an even more crucial element to tackle this problem: We have to reduce emissions altogether, change consumer mindset and reduce consumption to make it happen.